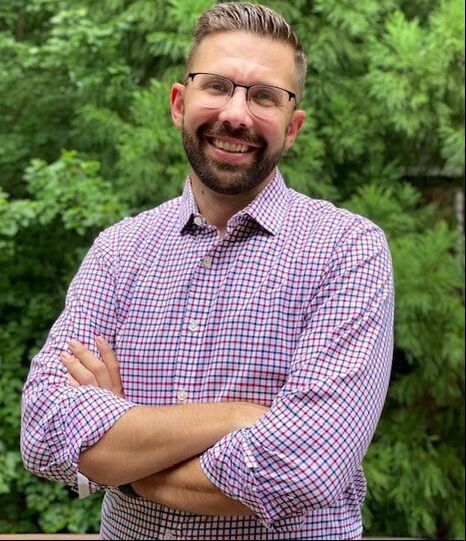 Mr. Kwederas joined the AHS family in 2022 after spending the 2 previous years at River Trail Middle School teaching AVTF. He helped build the video production pathway from the beginning to an award winning program in just 2 years. Before teaching, Mr. Kwederas spent 20 years in television news, where he won several awards including 11 Emmys, 3 AP awards and 1 Murrow award. He has worked in TV News in Tampa, Florida and Atlanta, Georgia. At those news stations, he was a video editor, photographer, on air talent and Chief Editor. Video production, storytelling, attention to detail, time management and deadline oriented is ingrained in Mr. Kwederas.
​
Video Production/background: Mr. Kwederas graduated with a BA from University of Tampa in 2004. During his senior year of 2003 through 2006, Mr. Kwederas worked at the CBS station in Tampa, Florida. He was a video editor and on air talent. In 2006, he moved to Atlanta and joined the NBC station. Mr. Kwederas worked as a video editor and photographer and earned his first Emmy for video editing in 2009. In 2011, Mr. Kwederas joined WSB-TV, the number 1 TV News station in the country. He worked there as a video editor and in 2015 he was promoted to Chief Editor. For the next 5 years, he managed 15 video editors and was in charge of training all new hires in the entire news station on the video editing software and storytelling techniques.

Kwederas Joins AHS: In March of 2022, the former award winning AVTF teacher, Mr. Tracy Misner, contacted Mr. Kwederas to possibly replace him at the end of the year due to his upcoming retirement. Mr. Kwederas visited Mr. Misner in 2021 when he found out he was going to teach AVTF 1 at River Trail Middle School. During his fist visit, he saw how a high school video class should be run and how the students owned and took pride in their work. After sitting with students again in April of 2022 and talking with the principals, Mr. Kwederas was asked to join AHS. Mr. Kwederas saw the well oiled machine that Mr. Misner created and was excited to take over the reigns. Mr. Tracy Misner retired in 2022 after an amazing career and is enjoying his well earned retirement. Mr. Misner and Mr. Kwederas are good friends and communicate regularly.

Changes: Mr. Kwederas didn’t want to drastically disrupt the AVTF class in his first year. Mr. Misner left him a program to takeover. The only major change was the editing software and that meant switching from Final Cut Pro to Adobe Premiere Pro. Adobe Premiere is one of the leading industry video editing softwares today. Fulton County students have access to the full Adobe Creative Cloud for free. It would be a shame to not take advantage of this opportunity. Mr. Kwederas’ goal is to make his students successful in their professional career, why not learn what the professionals are using in high school. The focus on the program is to get the technology into the students’ hands, increase the quality of production, and build relationships with industry and higher education.

The Emmys (Student Production Awards): In 2014, The National Academy of Television Arts and Sciences recognized the productions of Alpharetta High School. AHS was awarded High School Production Awards presented at the 2014 Emmy Awards. This is a huge honor and now it has raised the bar for our students. AHS was also recognized at the 2015, 2016 and 2017, 2018, and 2019 Student Production Awards for outstanding excellence in Animation, Sound, Long Form Video, PSA, Music Video, Cultural Affairs, Commercials, Onscreen Talent and so much more.​